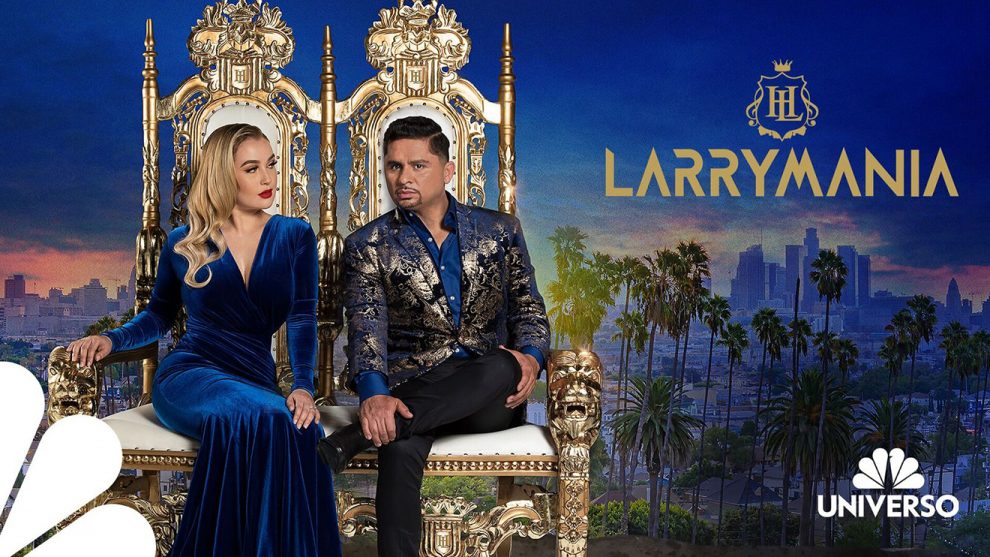 LARRY HERNÁNDEZ, THE KING OF SPANISH-LANGUAGE REALITY TV, AND HIS QUEEN, KENIA ONTIVEROS, ARE BACK TO CLAIM THEIR THRONE IN A NEW SEASON OF LARRYMANÍA PREMIERING SUNDAY, SEPTEMBER 15 AT 9PM/8C ON UNIVERSO

Already on its Eighth Season Larrymanía is the Longest Running Spanish-language Celeb-reality Series in the U.S.

MIAMI – August 19, 2019 – UNIVERSO announced the premiere of hit celeb-reality Larrymanía Season 8, starring Regional Mexican singer Larry Hernández and his wife Kenia Ontiveros, for Sunday, September 15 at 9pm/8C. The 15-episode season will give an unfiltered look into Larry’s life as he prepares his musical comeback after his tragic bicycle accident, as well as Kenia’s evolution as an empowered business woman.

“We are excited for the return of our staple reality show Larrymanía on UNIVERSO,” stated Arelys Carballo, VP of Programming and Acquisitions for UNIVERSO. “Last year fans got exclusive access to the much-anticipated wedding celebration, and on this new season, viewers will get to accompany the couple on their honeymoon in Cancun. The audience will be surprised to discover a different side of Kenia and join Larry as he returns to his hometown of Sinaloa, México for the first time in years,” she added.

The Hernández family is back and busier than ever. This season is filled with new adventures, tough decisions, and family drama. Chaos never seems to faze this family because it’s all part of living Larrymania! After a long hiatus, Larry is ready to re-conquer the stage! The struggle is real, we see him like never, vulnerable and doubting himself, struggling, but pushing through. Working his way back onto the concert stage, he decides to get back into the studio, but will his vocal cords finally cooperate? It’s man vs. himself and his critics! Who will conquer all?

Kenia continues to juggle family life and her bustling career as CEO of Kenia Beauty and just when she thought things were going smoothly, her right-hand leaves the company. Meanwhile, at the Hernández fort, its transformation time, where we find the newlyweds having completely remodeled and redecorated their house. But with Larry having taken the lead, will Kenia love the changes or want her old house back…

“Larrymanía” is executive produced by Irune Ariztoy for UNIVERSO and by Sebastián Jiménez and Gloria Medel-Solomons from JK Film and TV Productions.